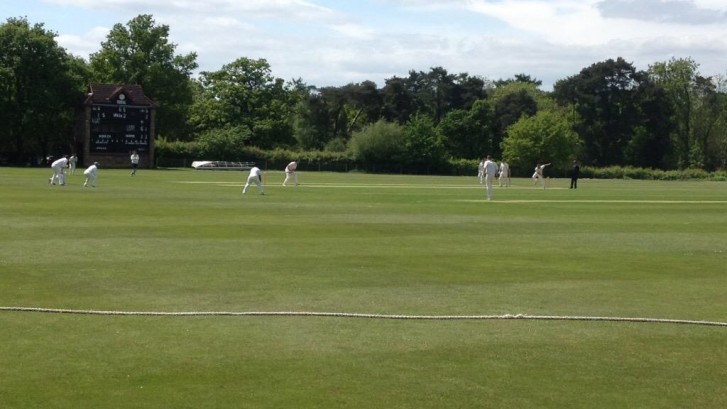 With Prague done and a long break until the end of June, the ultra-marathon, you would think it would give me a couple of weeks before heading back into the realms of heavy training – unfortunately, that’s not how it works. Having spent months improving my swimming and running a lot, it was now time to find my cycling legs.

The first week after Prague was pretty relaxed, I had a few catch ups which I had put off until after Prague and that allowed me to chill out more. The second week was not, it was my busiest yet.

Sunday morning, after a dominating win the day before at cricket in the first league game of the year, was spent out on the bike. Targeting 60km but with no route in mind, I went out and cycled until I thought I should make my way home. 54km and then a quick shower and off to another cricket game – this time in the Village Cup. Another win – 2 from 2, good start to the season.

Then brought an intense week of after/pre-work training. Monday – 2500m of swimming interval training. I did my usual class and then joined in with the class after with the really quick guys. It was tough, but I got through my targeting 50% of that.

Tuesday – cricket training followed my a leg session at the gym. Legs were still a bit tender from Sunday but they still worked – just about.

Wednesday was another evening at the gym, this time on the WattBike. This will always be a short but more intense session, I eased my way into it though doing a 4 minute normal cycle pace follows by 1 minute sprinting (5 times).  That 4 minute will drop in time as training goes on and more intervals will be achieved.

Thursday morning I ran through the woods to the next train station along. This is part of my conditioning for the Ultra Marathon. Getting my body used to the non flat ground, the hills etc. Leaving the house at 5.30 wasn’t the best, but the run itself was good which is the important part.

Friday – another bike related evening, this time in the garage. Set up on my turbo trainer, I had a look around the new Zwift Island. Zwift is basically an online system that as you cycle, shows you going around an island against other riders. Fantastic to keep you occupied when you are effectively staring at a wall for 30 minutes! I’ll go into more detail about this brilliant invention in another blog. (Such a tease…)

Back to another weekend, and after last weeks Village Cup triumph I had two games of cricket again. Saturday morning again involved the joyous 6.20 alarm and off to the lake swim at Box End. Probably my best swim yet too, which is always positive. 2500m in 53minutes. Not world record pace, or even that quick for an ironman athlete, but for me – that is quick!

Sunday morning was always going to be a morning off with a big game on Sunday afternoon – Shenley Village are 3 divisions above us so I didn’t want to be tired going into it – but we emerged the weekend with 2 convincing victories and on to another village cup game in two weeks time, against another team 3 divisions above us.

There were downfalls though to a successful weekend… Fielding the ball on Saturday and I jarred my back. As I write this on Tuesday morning, it’s still not well. Monday nights swim session has been missed, and tonights gym is also off the cards. With a leaving do on Thursday it is looking likely that this weeks training is going to be an almighty fail after last weeks busy schedule.

If it is fixed for the weekend, then 100km on the bike and 20km in the trails is the target, and then I won’t feel as bad about missing the mid week training.

Maybe I can’t do 4 sports at once…